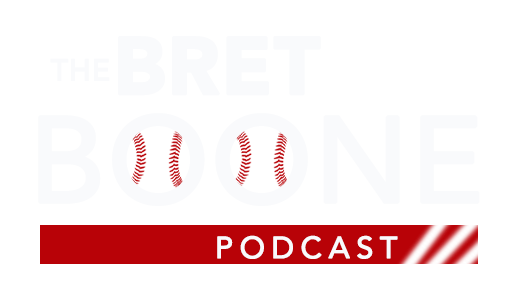 You all know baseball — you hear the good, the bad, the ugly. . . Bret Boone tells you what it’s really like, from behind the curtains. A collection of podcasts episodes with or about Bret Boone, often where they are interviewed.

Bret Boone had his best years as a Seattle Mariner, where he is still a fan favorite. He finished his career with a .266 batting average, 252 home runs and 1,021 RBI in 1,780 games in 14 Major League seasons. He was a three-time All-Star, four-time Gold Glove winner, and participated in 2 Home Run Derbies.